According to a report in the Economist, NOVARTIS, the Swiss pharmaceuticals giant invested $50 billion in Alcon (an American eye-care firm) and spent $24m to secure exclusive licences and options on drug-delivery technologies developed by Proteus Biomedical.  It made Novartis the biggest pharmaceuticals firm to embrace “smart-pill” technology. 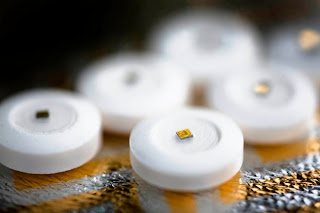 Reasons for the deal:
The Economist report also includes a metric from research from Kalorama, which predicts that sales of wireless health services will leap from $4.3 billion last year to $9.6 billion by 2012.
The above story is reprinted from materials provided by: www.economist.com , mobilhealthnews.com .
Posted by Tamas Agh MD MSc at 07:41


Within this blog, you will be able to obtain various news, articles and reviews on the topic of patient adherence.


If you have any questions, remarks or suggestions please feel free to contact me!


I appreciate your readership!